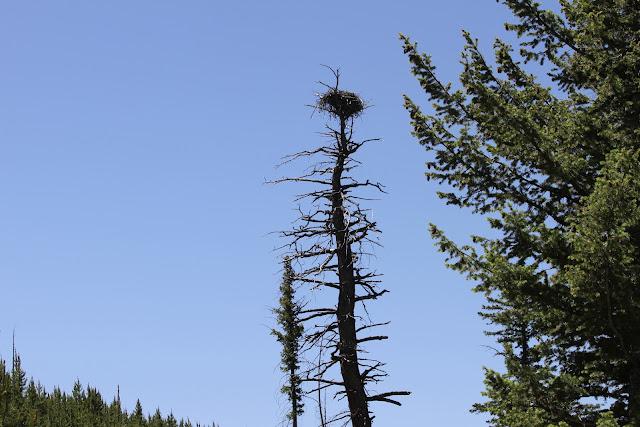 Driving back up to the geysers in Yellowstone yesterday, we again spotted the huge nest sitting atop a dead tree. No place to pull over, and traffic behind us, this was the best I could do in that direction. These are not little twigs, obviously. I'm thinking it must belong to a very large bird.
On the way back there was no traffic around, so we pulled as far off the road as we could. 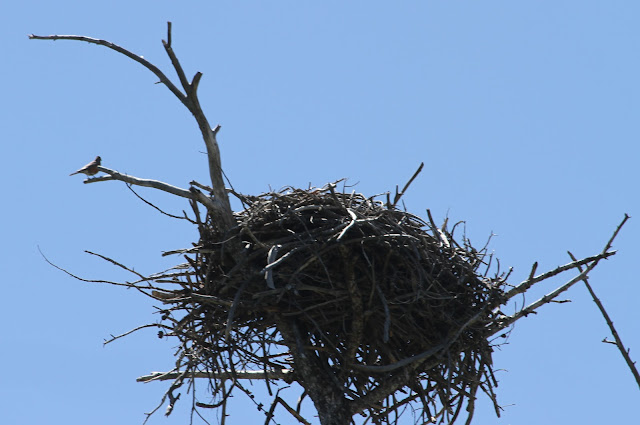 As we were snapping away, a truck came from the other direction and stopped along side us.
"Just up the road and across the river, there's a Bald Eagle perched on a tree limb."
"Thanks," and off we went.
When we spotted him, we pulled over, got out of the truck, and made our way through the trees to the river, with only the slightest thought of any bear in the trees. 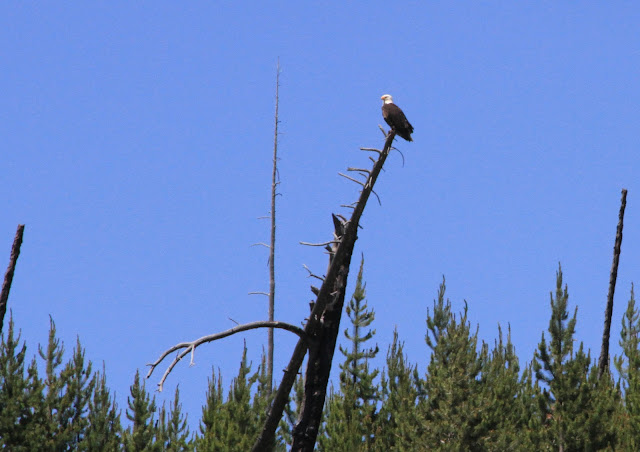 How cool is that! So that seemed to answer whose nest that was. As we watched and marveled at our good luck, a crow started dive-bombing this poor eagle, who had been doing nothing other than minding its own business. The crow in hot pursuit never quite got to the eagle, but it was close. 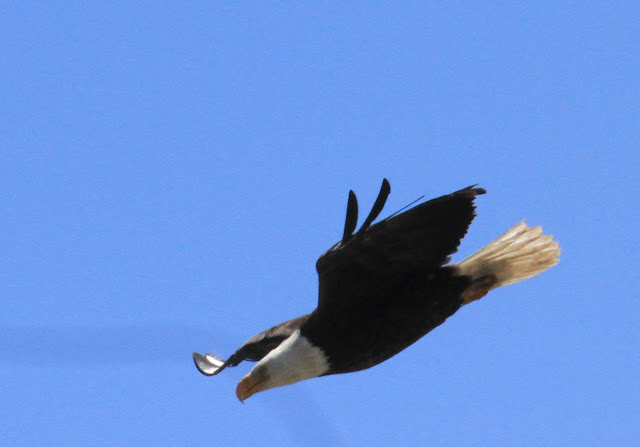 How many times have we watched the crows being chased by smaller birds? It never crossed my mind that they would take on an eagle. The crow cawed and the eagle called, and in a matter of a couple of minutes the chase was all over. 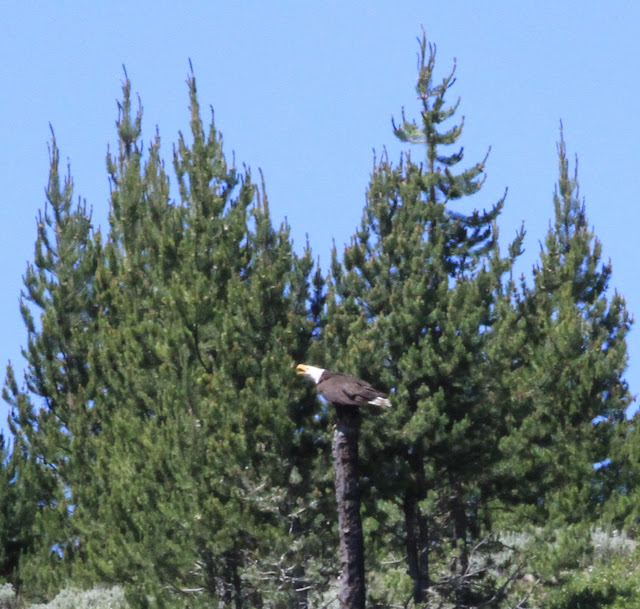 The chase was over, but it was several minutes before the eagle was finished talking about it.
What a gift this was!