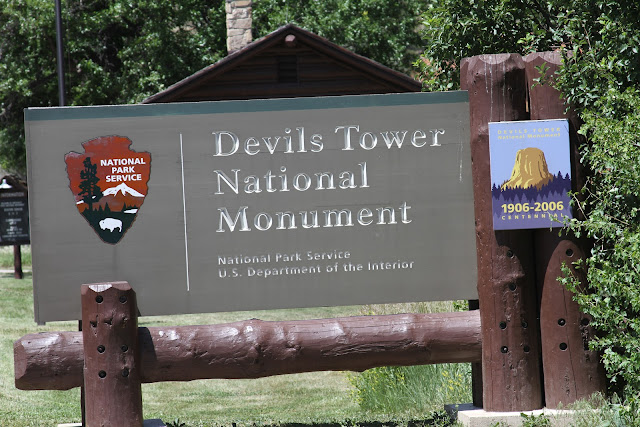 Teddy Roosevelt made Devils Tower the first National Monument in the U.S. back in 1906. The tower itself has been around for millions of years.

was named in 1875 when the interpreter for Colonel Richard Irving Dodge's expedition translated the native name as "Bad God's Tower." 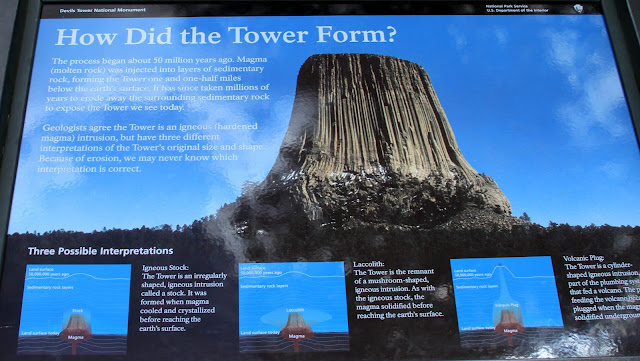 I don't know if you'll be able to read this or not after I post this. Basically, the thought is that it was crystalized magma that never made it to the surface. In fact, this was buried a mile and a half below ground! All of the land above and around it has eroded over the millenium. 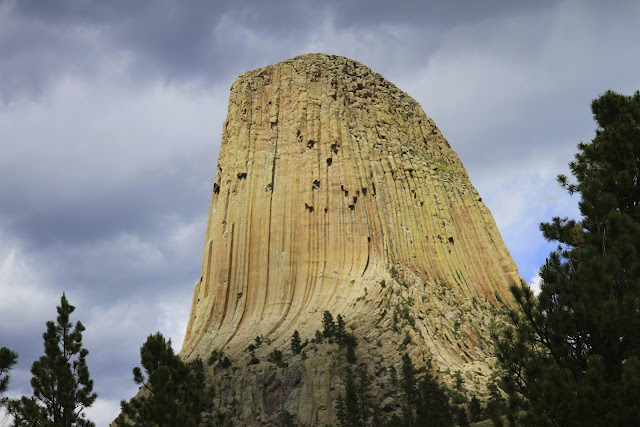 We hiked around the base of the tower, a 1.3 mile trek. It certainly felt a whole lot longer than that to me. Being so close to it though, we could tell it was covered in lots of lichen, giving it a somewhat yellow appearance. This is still sacred ground to the Indians, including the Lakota Souix, Crow, Cheyenne, and more. You can see occasional prayer bundles and cloths tied to trees. Climbers are asked to not climb in the month of June out of respect for Native American religious ceremonies being held during the month. However, we saw a number of climbers on the tower.
Devils is composed of phonolite porphyry, a grayish rock studded with feldspar crystals. As the magma cooled underground, it formed hexagonal or six-sided columns although columns have from four to seven sides. The last large column fell about 10,000 years ago. 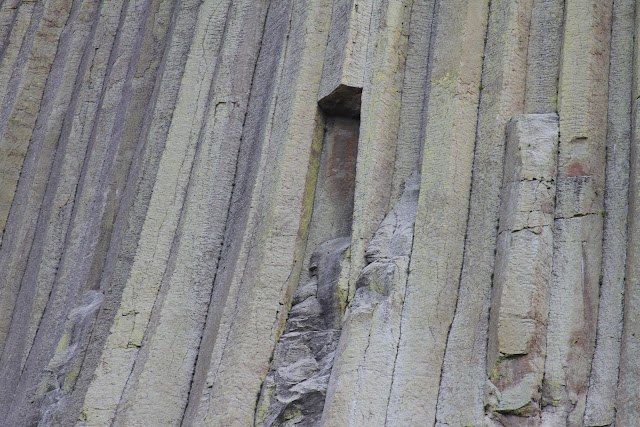