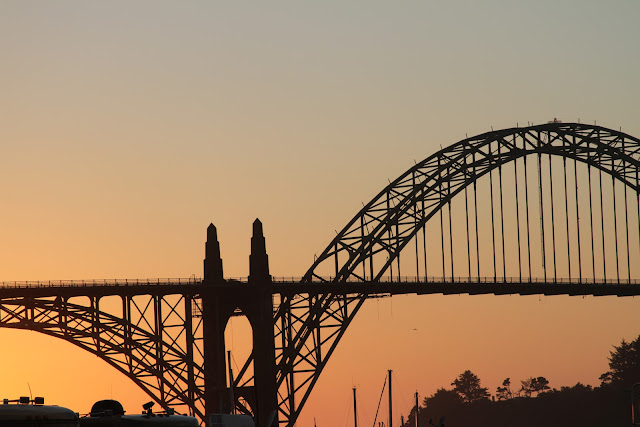 The RV park we stayed at in Newport, OR was right along the ocean by the harbor, and this bridge stood guard over the boats.
Also docked at the harbor were two huge NOAA ships. The National Oceanic and Atmospheric Administration is a federal agency focused on the condition of the oceans and atmosphere. 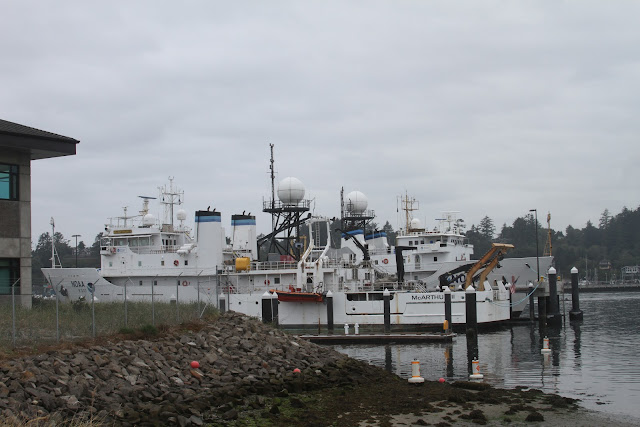 McArthur II departed on her maiden NOAA cruise on 1 June 2003 from Seattle. She conducts oceanographic research and assessments, throughout the eastern Pacific Ocean, including along the United States West Coast -- where is involved in studies in several National Marine Sanctuaries-- and the Pacific coast of Central and South America. She engages in measurements of chemical, meteorological, and biological sampling for several large scale programs within NOAA, and the scientists who carry out research aboard her come from many divisions of NOAA, as well as other United States Government agencies, and academia.

Also along the harbor was a very large brewery, Rogue Nation. 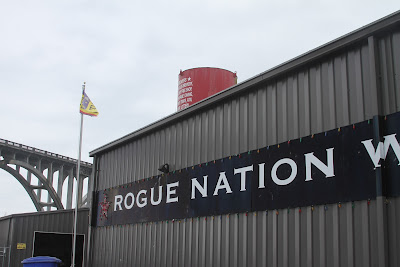 We entered the building around 11 a.m., toured the grounds and actual brewery, and by the time we left at 8 p.m., we had sampled a great deal of their wares, ate in the restaurant, met the owners, and quite possibly every one of their employees. Just kidding. Sounds like fun though, right?
Lots of fishing happens along the Oregon Coast. 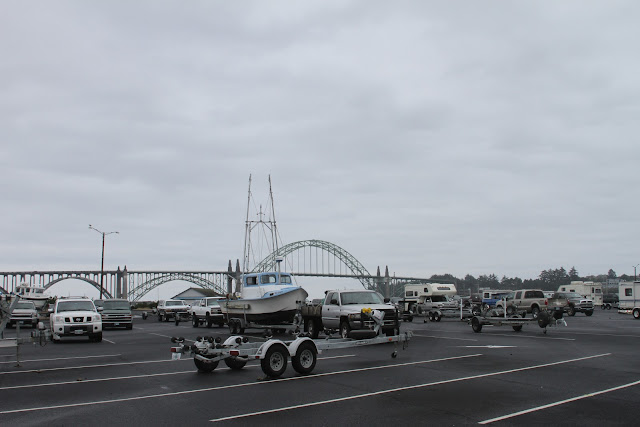 Unfortunately, there will be no more fishing for this guy! 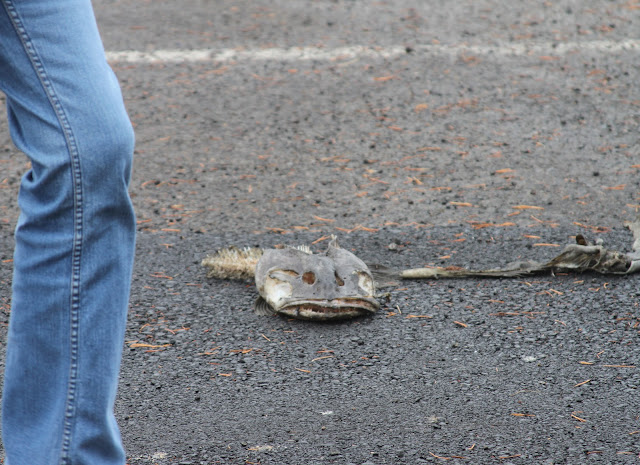