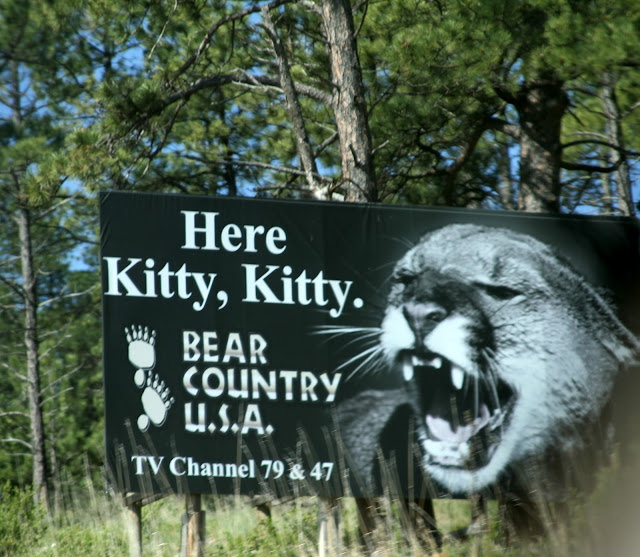 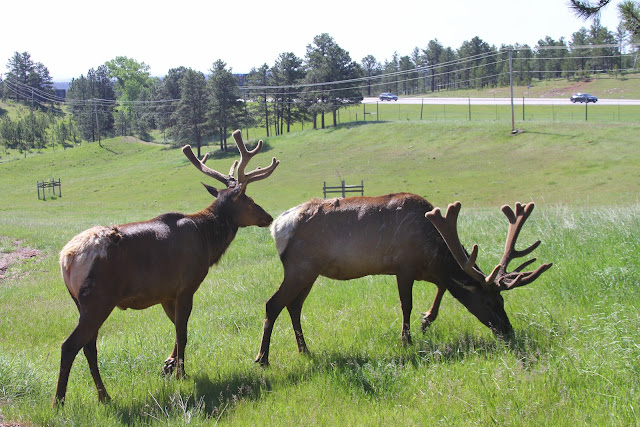 There are signs at the entrance to keep your windows rolled up. But how can you take good photos through the window? 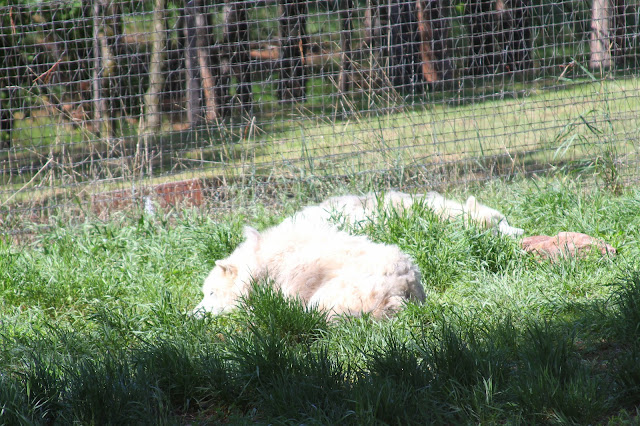 Artic wolves. I saw them walking around until we got close, then they all decided it was nap time. Of course, I rolled down my window, trying to get a better photo. A voice over a loud speaker asked me to roll it back up. Oops! 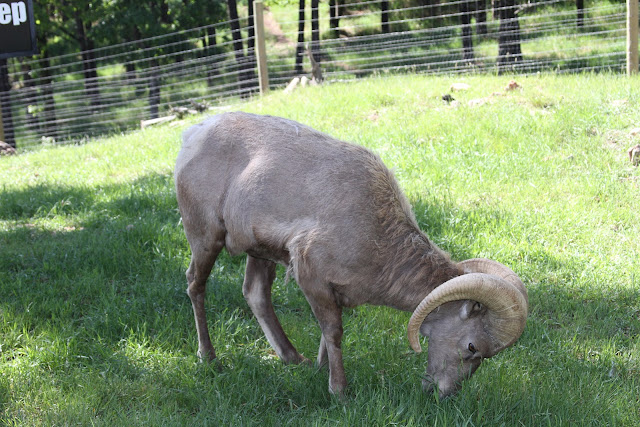 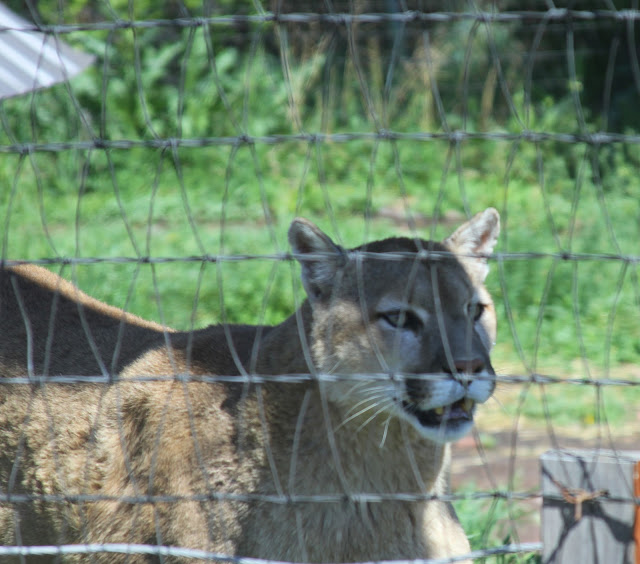 Of all the animals, the mountain lions seemed to have the most energy. I could feel their intensity. They paced constantly. 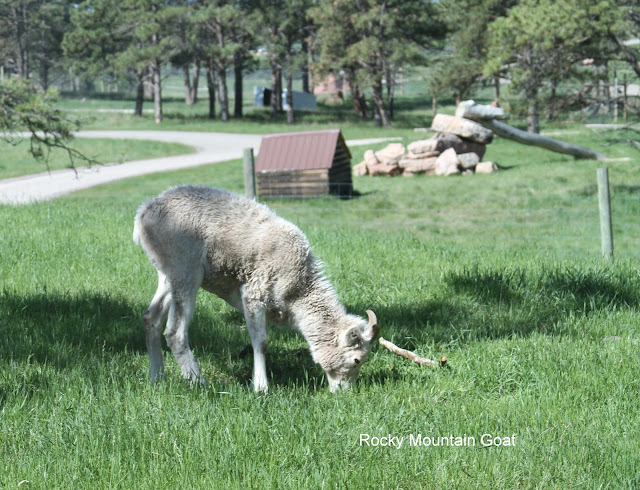 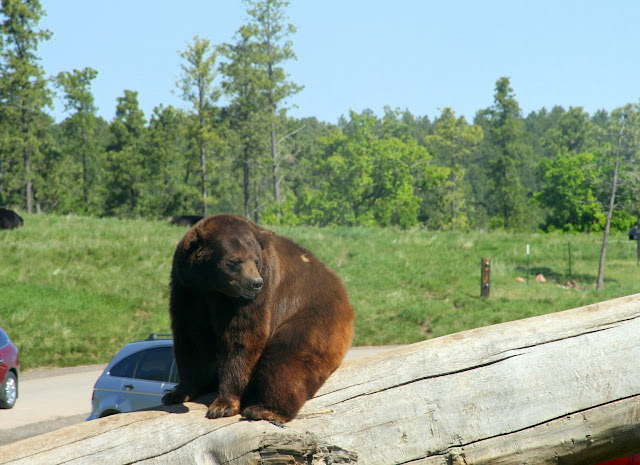 All of the animals are separated by wire fences, but their areas are large. The biggest population was the bears. 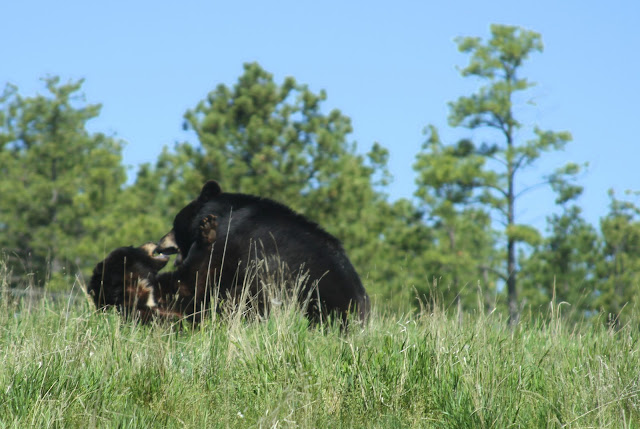 A little funny business to keep that population up. 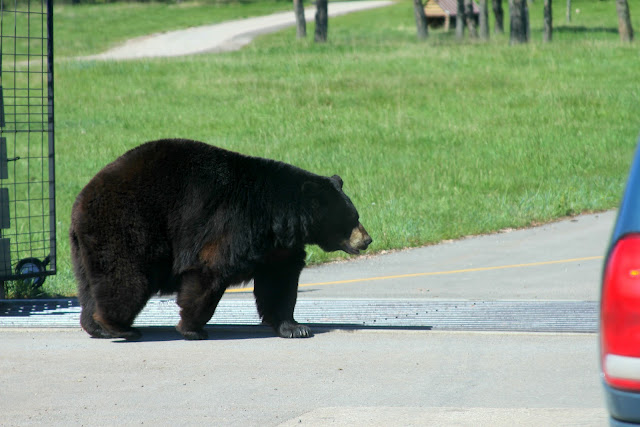 This fellow spent all of his time pacing in front of the cattle grate, trying to figure out how to get past it. Each car had to wait while he passed in front of them.
But by far, the absolute cutest animals in the park were the baby bears. Talk about teddy bears! 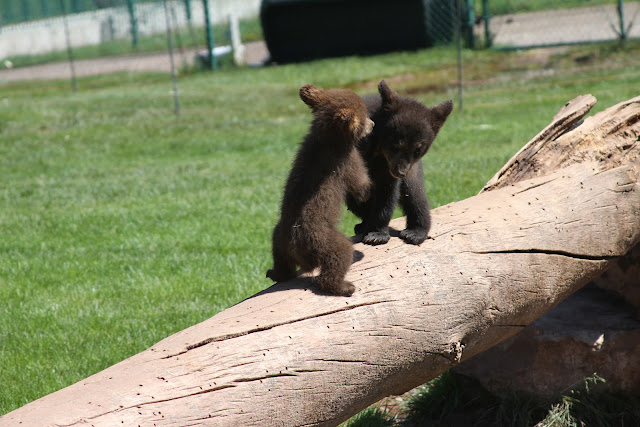 There were probably 40 of them in the baby bear enclosure. They were having a blast chasing one another, climbing the logs and little wooden houses, and knocking one another off.

The cubs are born in early January while their mothers are in hibernation. The cubs stay with their mothers for eight weeks. Then, in early March, Bear Country handlers remove the cubs from their dens, and staff members bottle feed the babies for another six to eight weeks.

"In the wild only 40% of cubs see the end of their first year," says Pauline Casey. "At Bear Country our survival rate is substantially higher (98%). By human-imprinting the animals shortly after birth (2 months) we are able to manage them as adults making vaccinating and moving them much easier and safer. Lastly, we have earned a strong reputation among zoos, wildlife parks and even movie studios for even-tempered, manageable animals."

We could have watched these guys all day.